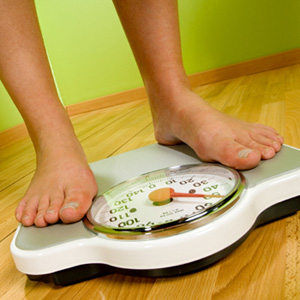 Maintaining a healthy weight is much more difficult in today’s modern world than it was in the past. Today, many people have desk jobs, or other sedentary types of work, which is in stark contrast to our recent past where people had to work very physical jobs like farming, iron work or animal care for eight to ten hours a day, and burned a great deal of calories. Maintaining a healthy weight takes work in today’s world, and it also requires watching your food intake and not allowing it to exceed the number of calories burned each day through BMR and exercise.

Those that are overweight have to deal with a lot more issues than just being unattractive to the majority of the opposite sex. Those who are classified as obese or grossly obese are at an increased risk for diabetes, are much more apt to suffer from heart disease, and other cardiopulmonary problems. Also, these people are at a much higher risk for cancer, and are subject to diseases like diabetes, gout and osteoarthritis as well as a risk of breathing problems like asthma and sleep apnea. Besides these factors, the increased weight will be much harder on the joints of the body.

How People Get Fat (Or Skinny)

Your body burns a certain number of calories each day just by keeping you alive. This is called BMR or RMR, depending upon which calculation you want to use. Either way, this is generally just an estimate of your daily calories burned (at rest) allowing for some variance depending upon your activity level. RMR stands for resting metabolic rate, and it is truly the number of calories you burn while competely at rest. Imagine that you spend an entire day doing nothing but laying in bed, asleep or awake, and you will have an idea of what RMR measures – just your digestion, sleeping, breathing, brain activity etc.

Your BMR on the other hand, standing for Basal Metabolic Rate, is your number of calories burned using both your number representing the number you are burning staying alive and your general activity level. Either way, these numbers do not usually include the number of calories you burn through physical exercise specifically intended to burn calories. So, people gain weight when they eat more calories than both their RMR/BMR and their exercise. They lose weight when they eat less than the calories burned, or burn more than the calories eaten through exercise.

Healthy eating is one of the ways in which a person can lose weight. If you know how many calories you are burning each day, estimated conservatively, then you can calculate the number of calories you need to stay under. A deficit of 500 calories per day will equal a loss of one pound per week, because 3500 calories equal a pound, and 500 multiplied by seven days is 3500. Alternatively, cutting out 1500 calories per day from your daily intake, and still burning the same amount of calories through BMR/RMR and exercise will result in a weight loss of around 3 pounds a week.

Most people lose weight with a combination of diet and exercise, but if you don’t want to cut any calories out of your diet, you can still lose weight by exercising. Again, the same formula is used, where 500 extra exercise calories per day will equal a pound a week, as long as the exercise is performed all seven days, or an equivalent exercise that burns the same amount of calories. However, keep in mind these are just averages and weight loss will fluctuate a little from one week to another.