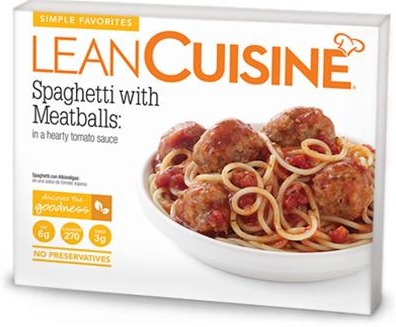 Even the grocery’s store’s inexpensive offering of TV dinners isn’t that bad. The TV dinners that you find for around a dollar in grocery stores have more sodium than the healthy choice ones, and a lot more fat, but the calories are basically the same as the healthier options. Some of the more popular discount grocery store brands appear to be Banquet and Melina’s. Just be sure that you are checking the back of them to keep your fat and your sodium under acceptable levels, but the calories are going to be between 250 and 500 no matter what brand you go with or which TV dinner entree that you choose.

There are some brands of TV dinner that simply don’t work when it comes to weight loss however. These are the TV dinners that purposely include large portions, or foods that are covered with gravies high in fat and sodium. Generally, these TV dinners also include some kind of rich desert. The bottom line when it comes to these type of TV dinners is that they are made for the person that like to eat. A popular brand that fits into this category is the Hungry Man brand, offering barbequed chicken and ribs, large fried fishstick or chicken tenders and a brownie, or cake for dessert.